We should be thankful for the daily advancement in the technology industry. New software and hardware are developed and released into the market every day. It’s been more than a decade since the first iPhone was launched, but the iOS maintains its standards still to comply with heavy graphical gaming applications. Game lovers now have another reason to smile since iPhone releases new, interesting and catchy games often.

This is a turn-based puzzle game developed by square Enix Montreal and published by Square Enix. This game was developed with the Unity game engine. The game was released on iOS in April 2014 and has not lost its popularity since then. The chief character of the game is Agent 47 he is guided by the gamer. The game levels are set on grid-based board which is composed of interconnected lines and nodes. By using touchscreen controls, the protagonist is moved in the desired direction between the lines. The enemy character can also be moved in a similar way like chess between the nodes. The levels become more complex as the gamer proceeds and new enemy types are introduced. The game’s popularity can be judged by the fact that it has received nominations and awards from the various gaming organizations. And for the same reason, it has secured its place in one of the 8 Best iPhone Strategy Games and Fun Games.

Developed by the Toronto based studio Snowman, this game is a successful sequel of Alto’s Adventure. It was released on iOS in the year 2015. It is a snowboard-based runner game where the player must cross obstacles which can slow down the gaming progress or can end it too. The graphics are designed as silhouettes and are amazing and appealing. There are points on the journey where the player must tackle the obstacle instead of dodging it. It can be a stress-free game. The Zen Mode lets the player listen to the music which fades in and out. Team Alto has done a tremendous job by coming up with a sequel which is interesting, unlike the normal sequels which go monotonous after some time. And all this makes Alto’s Odyssey to be a part of 8 Best iPhone Strategy Games and Fun Games list. 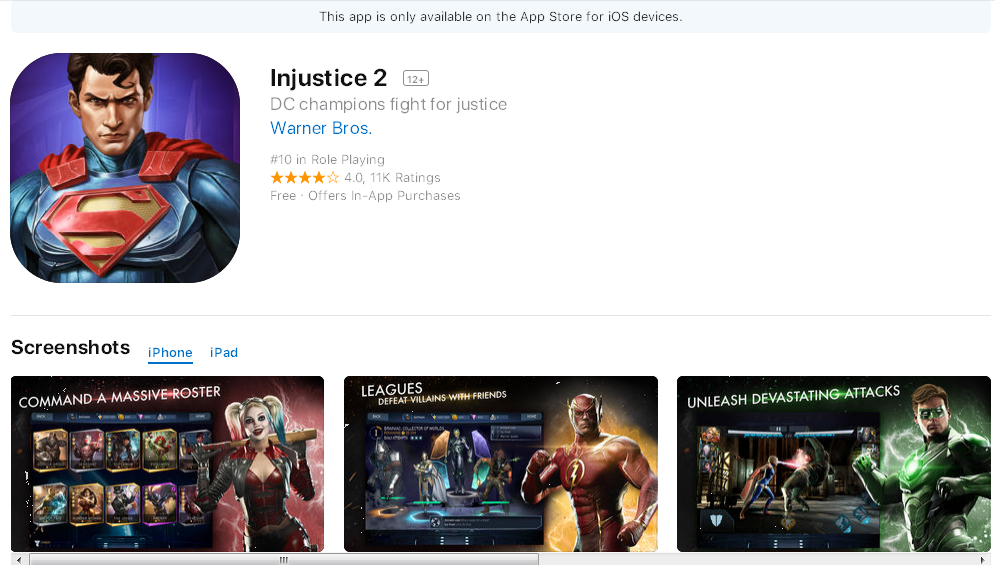 Injustice 2 is a fighting video game developed by the NetherRealm Studios. The publisher is Warner Bros. the game is developed with the Unreal Engine 4. This game is also a sequel to its former- Injustice. The interesting part is the storyline of the game which is based on Batman and his rebellion’s attempts to rebuild the society after Superman’s dominion. However, the arrival of the Secret Society of Supervillains and the alien Brainiac, drives Batman to consider freeing Superman to tackle the threat. The critics have positively reviewed the gameplay mechanics, storyline, character customization, in-game content, etc. There are arcade, online, campaign and a new multiverse mode. The game is lined up with the DC characters. The game secures its place in the 8 Best iPhone Strategy Games and Fun Games mainly due to its cinematic storyline.

This is a 4x turn-based strategic adventure game. It was developed and published by the Midjiwan AB. Formerly known as Super Tribes, the game come with single and multi-player modes. The player acts as the ruler of the Tribe and captures the square cities to build the empire. In the single-player game, the player aims at either gaining the highest possible score in 30 turns or to destroy the rebelling tribes. There are auto-generated maps to make the game interesting. The game has bright colors and retro-style graphical representation making it one of the best iPhone games. The battle of Polytopia is hard to resist game and is very much addictive too.

This is a ridiculously addictive racing game. It is the second upgrade in the Asphalt series by the developers Gameloft. It was released in the year 2016. The game features monster trucks, rally cars and a variety of snowy tracks and dirt. Lighter vehicles can pull off aerial stunts. The player gets a chance in career mode to complete almost 400 events and 500 mastery challenges. The game starts with a single vehicle, but new vehicles can be bought during the game to improve performance. If you are a fan of the Asphalt series, this game is a must try as it is also one of the Best iPhone Strategy Games and Fun Games.

Madden NFL has never stopped amusing the gamers since its first release back in 1993.  This is an American football game series which was developed by EA Tiburon and EA Sports. And has perfectly secured its position in the Best iPhone Strategy Games and Fun Games list. The game Madden NFL 18 is developed on the Frostbite engine. It also incorporates a story mode. The graphical upgrade especially the body types are appealing. The graphics are enhanced grammatically. The animations are praised by critics for not being repetitive. The longshot is effective and keeps the gamer glued. Play now live mode allows you to follow proper real-life NFL season with in-game challenges or to imagine before the match scenes.

Fire Emblem heroes is a turn-based role-playing game. It is developed by Intelligent Systems Nintendo EDP.In the game, the player must control a team of four units to compete and fight against enemy units existing on maps. It is a popular series for its hand-held performance. Here the main conflict is between the Askr and Embla. The game defines different moving restrictions for different units. The game has also won awards and nominations for its graphics and gameplay.

Fro the makers of Clash of Clans(Supercell) this game is available on the App Store, but you might approach Clash Royale with suspicion. After all, it feeds off of a kind of collector mentality, and is stuffed full of IAP. But look past that and you'll find one of the most infuriatingly compulsive multiplayer titles around.

The basic set-up has you battling other players online, on tiny single-screen arenas. Each player has a King tower and two smaller flanking buildings. Units are placed on the battlefield by selecting cards from your deck (four being available at any one time) and each costs some 'elixir' (which slowly refills). Duels are all about figuring out how to beat your opponent by countering their attacks and unleashing surprises of your own.

This could all have gone so wrong, but Clash Royale is a surprisingly fair game. Sure, if you want the best units and access to the top arena immediately, you're going to have to pay a small fortune. But if you're happy scrapping away in the lower leagues, you can play and slowly build a better deck without spending a penny. Even the timer system to unlock chests won in combat doesn't prove irksome, given that without it, you'd probably end up playing Clash Royale around the clock.

If you are a game lover, these are the Best iPhone Strategy Games and Fun Games rated in past few years. They come with new storylines and features with every update. So, what keeps you waiting, choose the game category which you want to play and get the game from the Apple store today to enjoy their features and vast gameplay.