In previous article, I mentioned How To Run Multiple Commands On PowerShell but in this article, I have mentioned top basic powershell commands which a system administrator must know and use it on daily basis.

PowerShell is the go-to configuration management and job automation framework for the Windows system. It enables IT administrators to coordinate, automate, and troubleshoot typical IT tasks by combining the adaptability of a strong scripting language with the strength and speed of the command line.

PowerShell is a critical component for MSPs searching for a simple way to handle computers and servers throughout their clients' IT infrastructures. 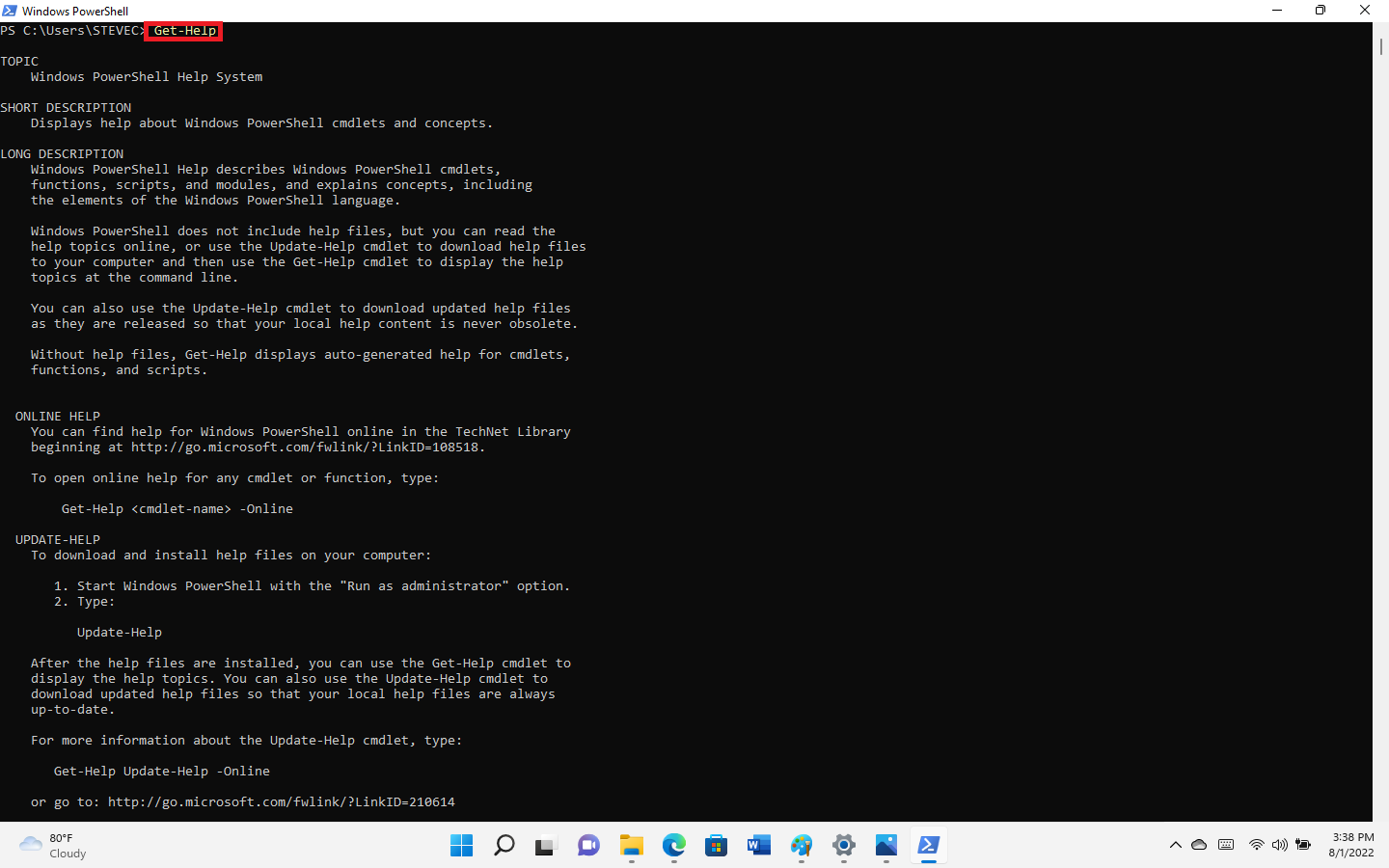 The Get-Help command is one of the basic cmdlets for every PowerShell. It lets you access all information about available commands. Simply enter Get-Help in the command line to see the required information. 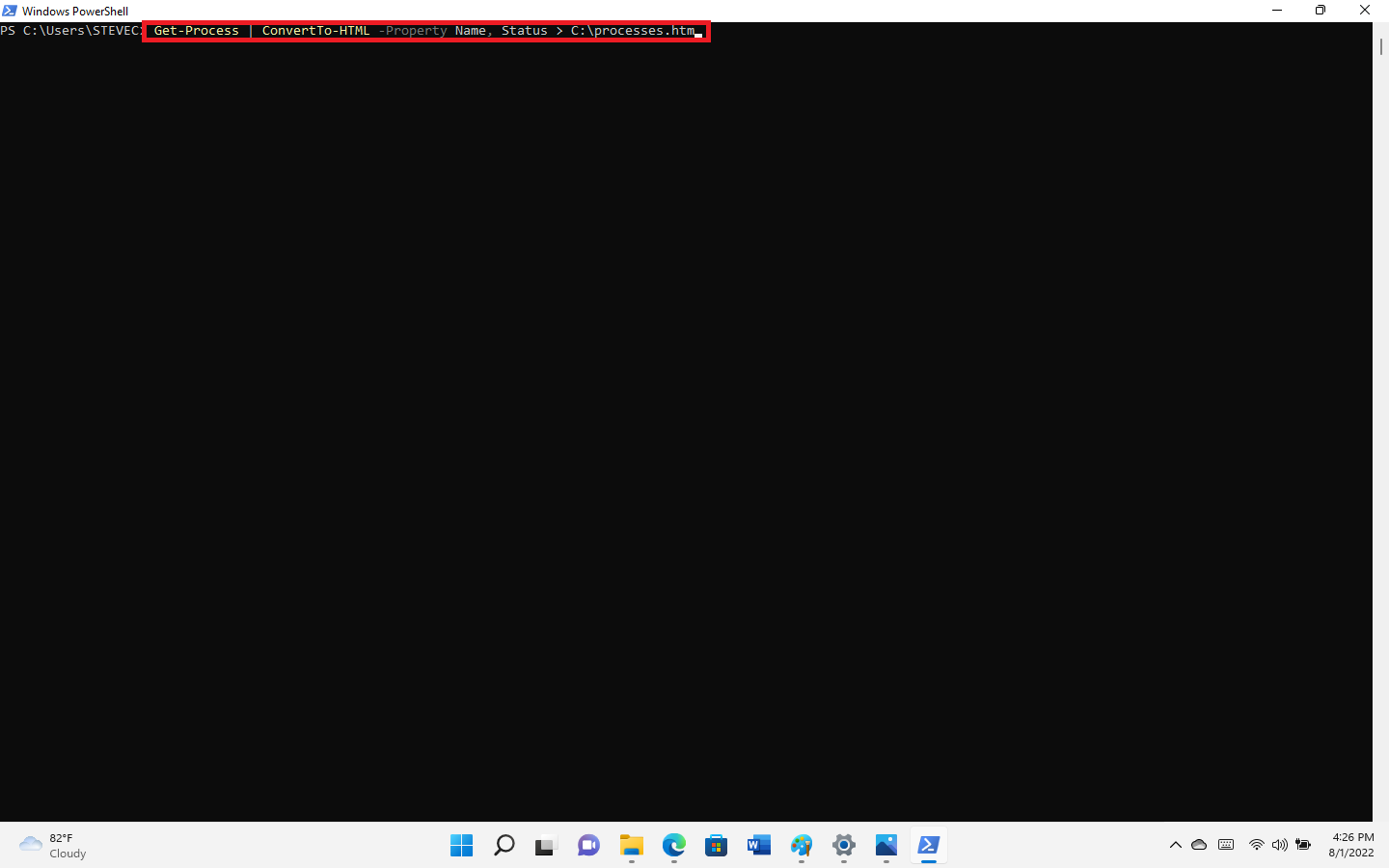 Administrators can use the ConvertTo-HTML command to integrate the data of a PowerShell command or script into a document for further evaluation or to distribute to someone else.

For instance, you can use it to develop a report that includes a list of all the active sessions on your computer and a description of their execution state. To accomplish this, run the following command:

Note that this command will create a web report file called processes.htm that lists the process of all active sessions, and the ‘Property Name’ in it is a placeholder. 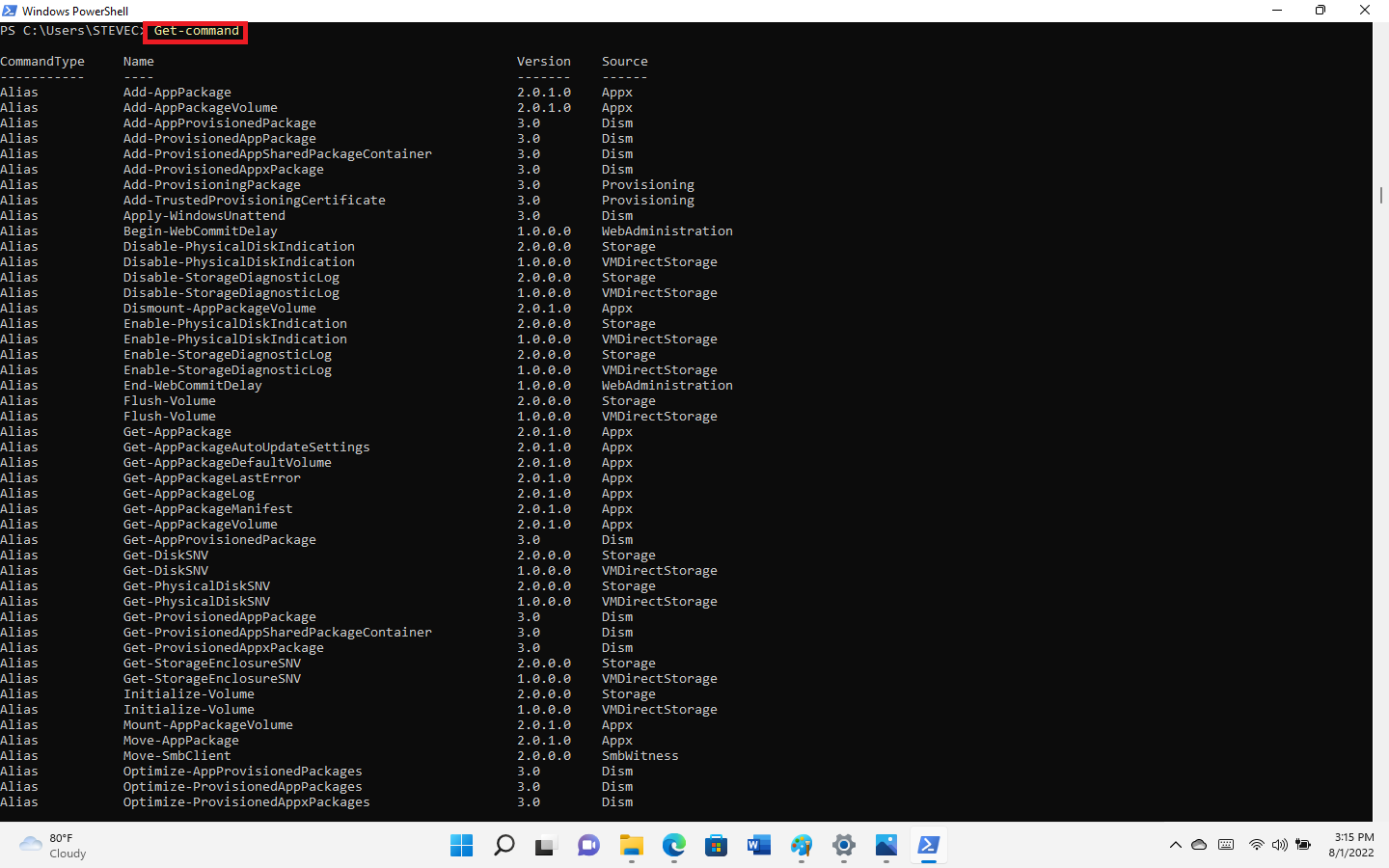 Get-Command is a basic PowerShell cmdlet that lists all accessible cmdlets in your present PowerShell window or terminal sessions, and it also lists modules you added to PowerShell. Some of the modules are Microsoft Teams, Microsoft Exchange, etc. To execute this function, you can type 'Get-Command' in the command line. 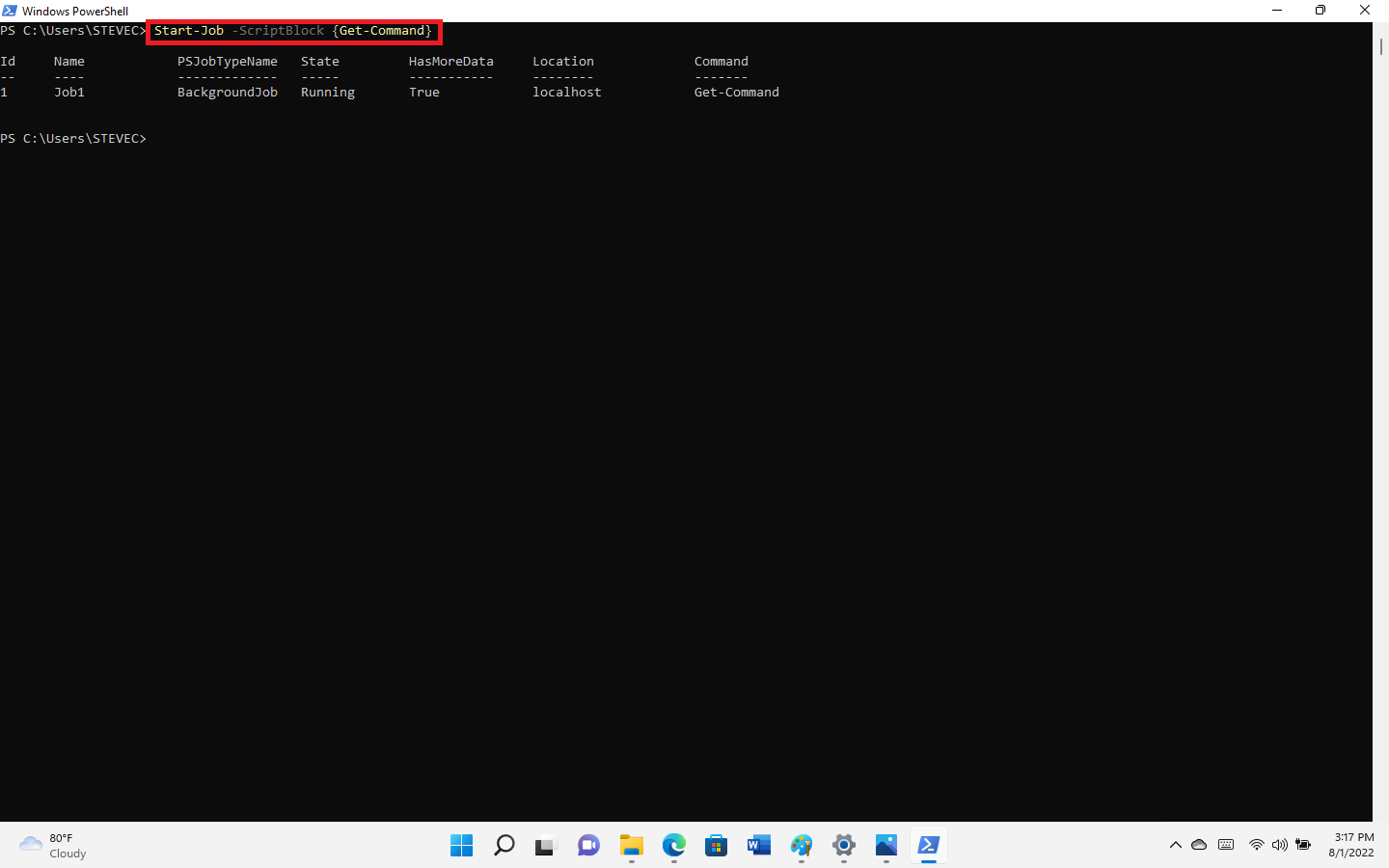 The Start-Job command is another essential command for anyone who uses PowerShell. Many people are unaware of this, but it can help you in real-time with your work, even as an IT professional. Here’s how.

Start-Job command lets you launch new tasks in the background instead of launching additional PowerShell windows, PowerShell sessions, or console sessions to allow "longer operating" scripts or commands to execute.

This command will enable you to launch a background process, and the system will execute the contents in the curly brackets {}, and you can enter any command you want to execute in the field. You can also use the 'Get-Job' cmdlet to check the progress of that execution. 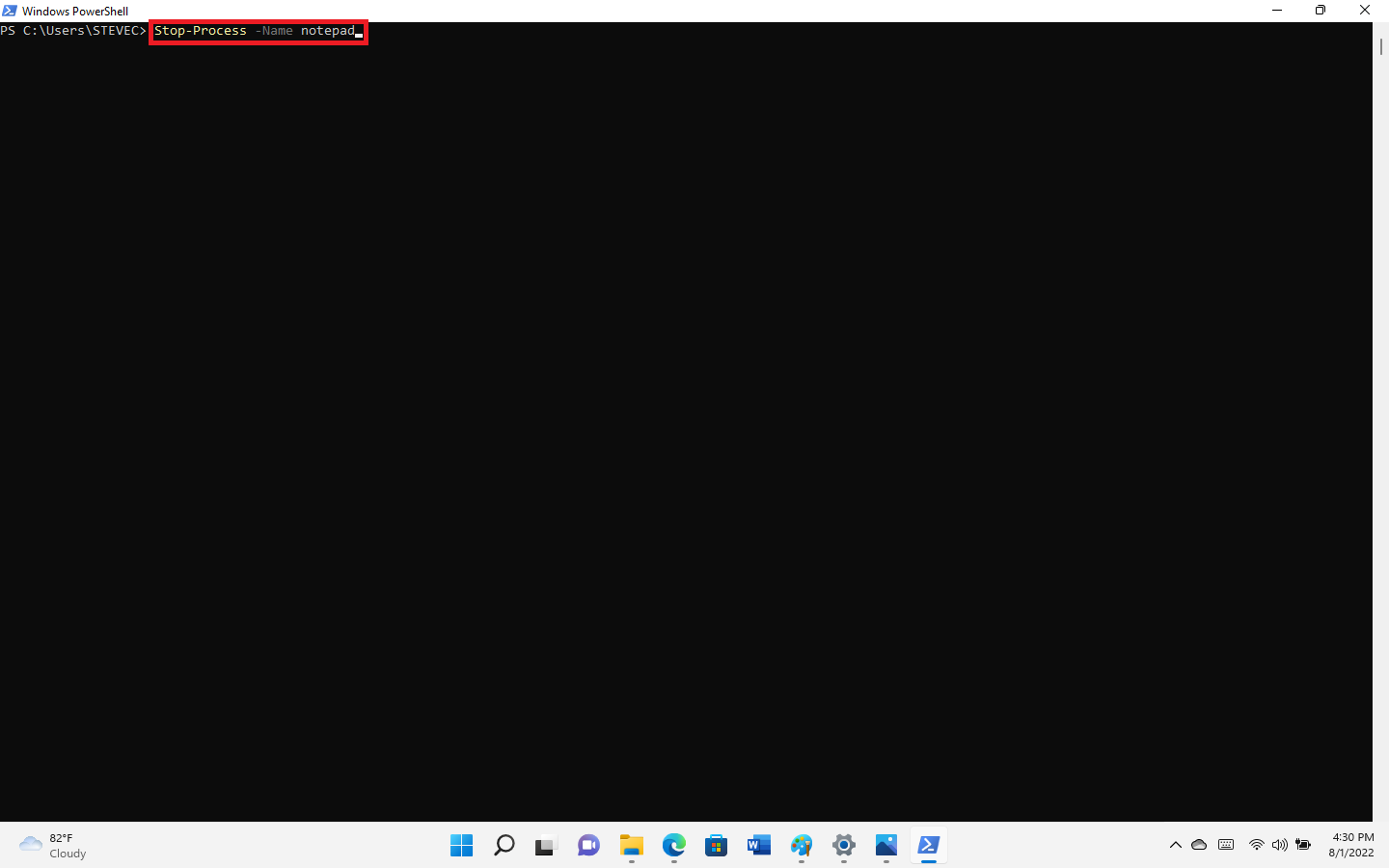 The Stop-Process command is another essential command for PowerShell users that lets you terminate an active function or some of its versions. It is beneficial if an operation stops working and gets all the unique Identifiers (ID) or names of any failed process.

You can also stop a particular process instance using its process ID. See the example below:

Powershell restricts scripts by default, and it may reduce your productivity as a developer. But you can control the security surrounding PowerShell scripts with the Set-ExecutionPolicy, creating your scripts. PowerShell script has four security levels that you can select as follows:

The restricted level is the default security level that prevents the execution of PowerShell scripts, and it only lets you enter commands interactively.

All Signed is another security level that allows scripts to run if a reliable publisher signs them. It does not give access to any script not signed by the appropriate source.

Any locally developed PowerShell scripts will run at this security level if an established publisher signs them.

As its title implies, the Unrestricted security level allows all scripts to execute by removing all limitations from the execution policy. 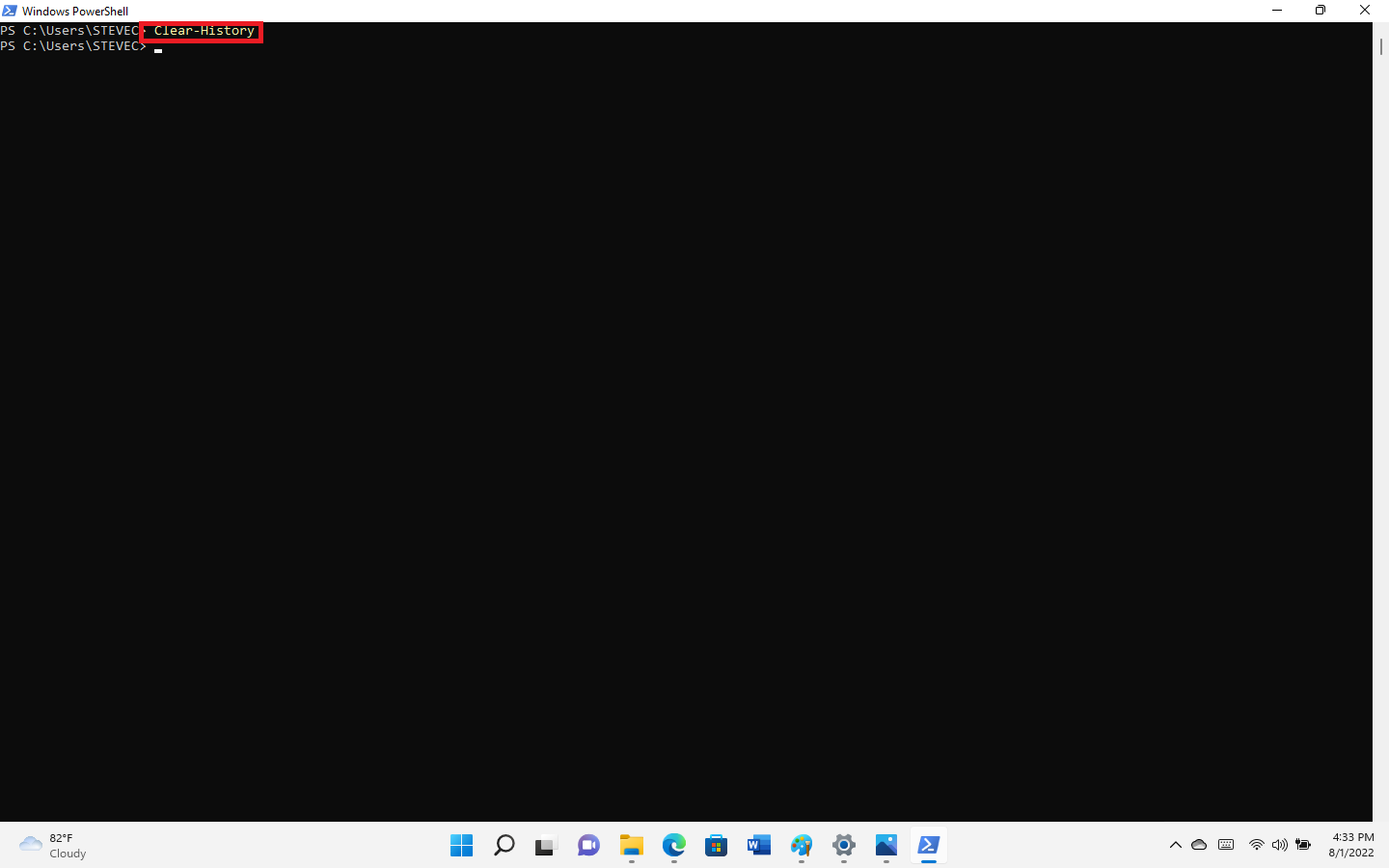 The Clear-History cmdlet is another common PowerShell command for every PowerShell user. It lets you clear the entries from your command history. Interestingly, it can also delete specific commands rather than all at a time.

Type Clear-History in the command line to execute this command.

This article has discussed some of the most common PowerShell cmdlets for every PowerShell user. Keep them close to boost your productivity the next time you’re working.

How to Check Motherboard Version with cmd and PowerShell

How to Add Background Image to Google Calendar Event

How to Enable or Disable Virtual TouchPad in Windows 11

How to Check Installed Powershell version

3934
How To Disable BitLocker in Windows 10?
1353
How to Add or Remove "Open PowerShell Here" to context menu
527
How To Run Multiple Commands On PowerShell