Linux is one of the best-operating systems, and it has several distributions that increase your feature choices. However, your gaming experience may differ depending on the distribution. Read on to learn about some of the best Linux distros for gaming.

SteamOS is a Linux distribution developed by Valve, known for a popular gaming platform called Steam. It is available in two versions: the main option for computers based on Debian 8 and a new version based on Arch Linux built for Steam Deck portable gaming consoles. You can run SteamOS smoothly on your computer if it has an Intel or AMD 64-bit CPU, at least 4GB RAM, and more than 200GB of disk space.

Why You Should Use SteamOS

Fedora Games Spin is the version of the Fedora Linux distro dedicated to gaming. It has some great features and comes with games you would enjoy. Your computer needs at least a 2GHz dual-core processor, 2GB RAM, and 15GB of free HDD/SSD space.

Why You Should Use Fedora Games Spin

Why You Should Use Lakka OS

SparkyLinux Gameover is the distribution you should choose if you want to combine modern gaming with open-source titles and retro gaming on Linux. It is about 3.5Gb in size and comes with Steam, Wine, and PlayOnLinux for running current games. Your computer must have a 32-bit or 64-bit CPU, at least 256MB RAM, at least 20GB of HDD or USB space, and 512MB available for a SWAP partition to install SparkyLinux Gameover.

Why You Should Use SparkyLinux Gameover 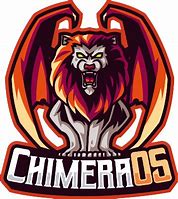 ChimeraOS is formerly known as GamerOS and is one of the best Linux distros for gaming. You do not need to do any configurations with this distribution; you only have to install the OS, boot, download, and start playing the game you desire. Your computer needs at least 4GB RAM, 20GB or more storage, and an NVIDIA GTX 900 or AMD RX 400 or Intel HD Graphics 500 series GPU or later to run ChimeraOS smoothly.

Why You Should Use ChimeraOS 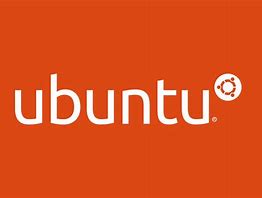 Ubuntu is not a distro dedicated to gaming, but it is suitable for gaming and other purposes. The OS is user-friendly and supports a wide variety of hardware and software. Though it does not come with pre-installed games, installing games on Ubuntu is easy.

Why You Should Use Ubuntu

Drauger OS is a Linux gaming OS based on Ubuntu LTS releases. It has been developed with low latency and scheduling frequency from 250Hz to 1000Hz to give gamers the best performance during gameplay. You can also use Drauger OS for many computing tasks apart from gaming.

Why You Should Use Drauger OS

Linux may not be the preferred operating system for gaming, but you can have a good gaming experience if you have the correct distribution installed on your computer. You should try at least one of these distros to enjoy gaming on Linux.