In previous article, I mentioned Best WWE Games For Android (Offline) but in this article, I have mentioned some of the best bike racing games for android or iphone.

Sometimes, we wish we could ride a bike at speeds as high as 300 Km/Hr without risking our lives, damaging our bike, or getting pulled over by the cops. While we may be unable to achieve these fantasies in real life, bike racing games offer an avenue to fulfill them virtually.

This piece contains some of the best bike racing games for Android and iPhones. The games in this post are amazing because game enthusiasts have played them and agreed to that.

Without further ado, here are the top bike racing games for Android and iPhones.

Traffic Rider is a first-person bike racing game developed and published by Soner Kara. It puts you behind the wheels of superbikes and in high traffic.

You can decide to take on an endless racing genre or start career mode, and you also get excellent graphics accompanied by real-life recorded sounds that would immerse you into the game.

The game is available on Android and iPhone.

Bike Racing 3D is an extreme BMX stunt action game. It is very challenging and has some insane stunts that make it lively and engaging.

First-time players can learn how to play it without struggle, but it becomes more challenging and intense as you play it more. You will need to complete several demanding tasks to unlock new levels.

This game gives you a sneak peek into riding fast, mastering reckless situations, and being precise, but it is only available for Android.

Real Bike Racing is an adrenaline-fuelled 3D bike racing game developed by Italic Games. Players race against other bikes to the finish line while tactically navigating the numerous bends.

It provides a realistic view of your dashboard and fully functional rearview mirrors, and the main goal is to compete with other riders to win the World Championships. 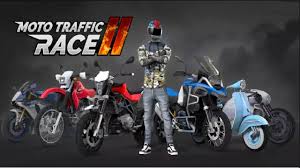 Moto Traffic Race 2 is one of the best bike racing games developed by Play365, and it involves dodging vehicles while speeding in heavy traffic.

What's more? It has a Multiplayer mode where you can challenge your friends to a race. Another good feature of this racing game is that you can race in day and night mode. 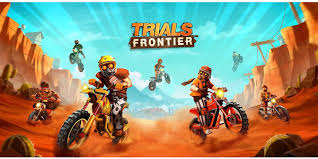 Trials Frontier is a fun bike racing game developed by RedLynx and published by Ubisoft. It is a social racing game featuring a compelling storyline, friendly competition, easy-to-approach physics-based gameplay, and a massive content stream.

It is available for Android and iPhone. 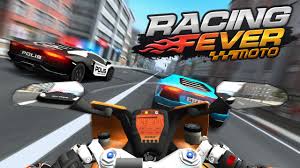 Racing Fever: Moto is a quality bike racing game developed by Gameguru. Expect nothing but a brand new motor racing experience you may not get from any other bike racing game.

It comes with game modes like escape mode, daily bonus mode, and private mode. There are also four different controls, and one would surely suit you perfectly.

Dirt Bike Unchained is a bike racing game developed by Red Bull, and it lets you ride bikes on terrains like deserts, swamps, and forests.

Generally, the controls are easy, but the game becomes difficult when you begin to compete with other riders. To enjoy more success in this game, you should master the terrain.

Two-wheelers are a lot of fun in reality and games. If you can't try out some daring moves for real, you can try them out in games. Check out these games and decide which one is the best for you.